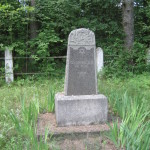 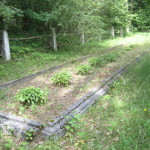 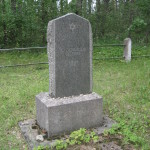 The Nazi troops occupied Subate on 28 June 1941. On 20 July self–defenders of Subate region were ordered to arrest Jews. All arrested Jews were placed in two large sheds, located on Lauku Street. On the following day a commando of murderers, set up by the self–defence unit from Ilūkste, drove Jews in groups of 30–50 to the Jewish Cemetery, where they shot them in pits that had been dug in advance. In the course of the day 300 Jews in total were killed.

After the war the pits with the victims buried therein were fenced off and a small concrete obelisk with inscriptions typical of the Soviet time on it was erected. At present the Soviet monuments have been replaced by new ones, decorated with the Star of David and an inscription in English “To Genocide Victims.”