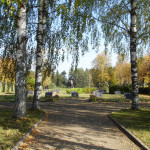 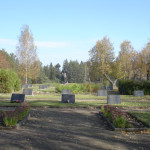 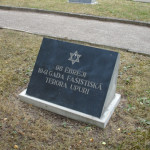 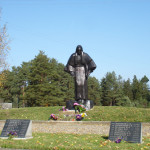 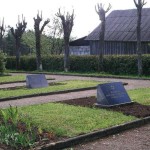 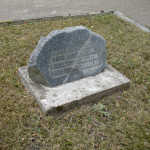 The Nazi troops entered Ape on 11 July 1941, and on the very same day local self–defenders killed 11 residents of Ape in the Jaši Pine Forest – among them two Jewish women – Zilya Ratut and Anna Gruzin. Soon afterwards all Jews of the town were arrested. Mass–scale murdering of Jews took place on 13 August, when all arrested Jews were taken to Krustceļa (Meža) Graveyard (approximately 3km from Ape), where the Latvian SD unit (“Arājs’ Commando”) together with local self–defenders shot them.

In the 1960s the victims were reinterred from the site of murder in the Jaši Pine Forest and at the Krustceļa Graveyard in the Ape Brethren Cemetery. In 1991 Wulf Faiwelsohn, survivor of the Holocaust, erected a separate monument at the place of reinterment to commemorate members of the Faiwelsohn’s family, and a memorial plaque with an inscription in Latvian “96 Jews Victims of Fascist Terror of 1941”. In 2005 this memorial plaque was resorted by society “Memoriāls”, when the Ape Brethren Cemetery was reconstructed.