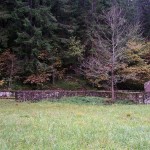 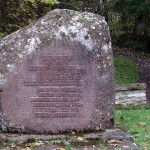 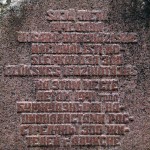 When the Nazi troops entered Alūksne in July 1941, all Jews of the town were arrested. On 12 August a German SD unit (“Arājs’ Commando”) with the assistance of local self–defenders convoyed the arrested Jews together with other victims of other ethnicities to the Siseņi Pine Grove near the bounds of Alūksne and shot them.