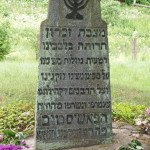 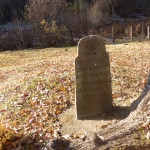 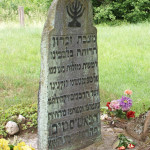 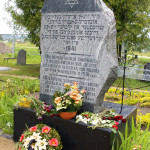 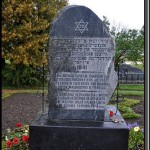 The troops of Nazi Germany entered Rēzekne on 3 July 1941. The first murders of Jews took place already on the following day, when more than ten young people from among the Jews gathered in Rēzekne market square were shot. A week later, for propaganda purposes, a group of Jews were ordered to unearth the victims of the Soviet power, and regular shootings of Jewish inhabitants began, lasting until September 1941. Mass–scale massacre of Jews in the Rēzekne Jewish Cemetery took place in August 1941, when the majority of Rēzekne Jews were killed. Pursuant to the report of 20 June 1942 by Police of Rēzekne District, in total 3219 Jews were killed in Rēzekne.

After World War II in the new section of the Jewish Cemetery Jews erected two monuments to commemorate the Holocaust victims. One of them is situated near the river and was erected in the second half of the 1940s. The second – unveiled in 1980 – is located near the entrance into the cemetery. This monument was restored in 1989. It bears an inscription in Yiddish, Latvian and Russian: “We shall mourn eternally for our parents, children, brothers and sisters, who perished in the fascistic terror in 1941”.