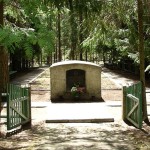 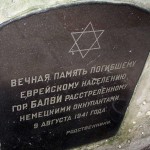 After the war, relatives of the deceased Balvi Jews, who returned from evacuation and the front, erected a monument on the site of massacre with an inscription in Russian: “Eternal remembrance to deceased Jewish residents of Balvi, shot by German occupants on 9 August 1941”.