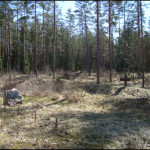 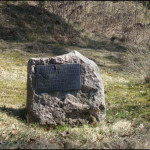 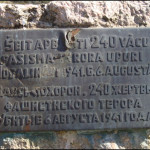 The Nazi troops entered Sabile on 1 July 1941, and actions against Jews began immediately – the synagogue was burnt down and all Jews were placed in one building. On 6 August 1941 Jews were taken to a forest (approximately 7 km from Sabile) and shot.

During the Soviet period on the site of murder a monument was erected, it had a commemorative plaque in Latvian and Russian: “Here rest 240 victims of German fascists’ terror. Killed on 6 August 1941”.