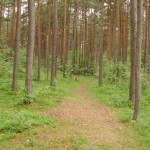 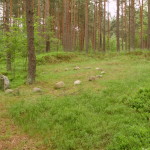 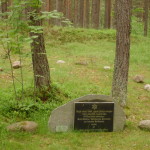 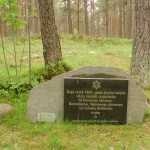 The Nazi troops entered Rucava at the end of June 1941, and already soon afterwards – on the last days of June – German SD commando shot all Jews of Rucava (10 persons) in the Rucava Forest.

Immediately after the war the site of murder in the forest was fenced off with a pole fence, and in 2006, thanks to financial support by the European Union, the Council of Jewish Communities of Latvia placed there a black granite stone with a commemorative plaque with an inscription in Latvian: “Here at the end of June 1941 German Nazis killed 10 Jews of Rucava – the Bornsteins, the Weingerbs and Itzhak Brikmann”