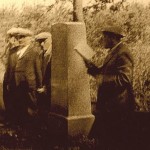 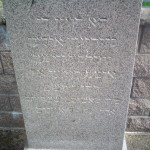 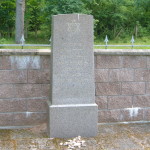 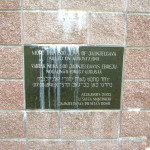 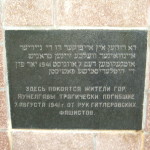 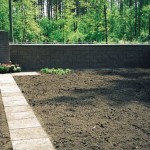 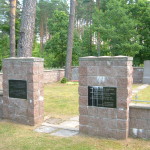 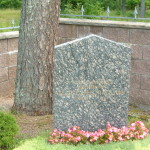 The Nazis occupied Jaunjelgava on 27 June 1941, and arrests of Jews started already at the beginning of July. The arrested persons were placed in two synagogues – men were separated from women and children – and were made to do various jobs. Approximately within a month a Latvian SD unit (“Arājs’ Commando”) began massacres (exact sites are unknown). The majority of Jaunjelgava Jews were shot in the Beku Pine Forest: 65 Jews in July 1941, and 430 – in August 1941. Part of the Jews (approximately 70 persons) were taken and murdered in a place not far from Bauska, in the Likvertene Forest. Some Jews of Jaunjelgava (25 in total) were shot by self–defenders of Sērene already at the beginning of July in Sērene, close to the Lauce Lake.

During the first post–war years the Jews were reinterred from the massacre sites into the Jaunjelgava Jewish Cemetery, where a monument with an inscription in Yiddish was erected. In 2003, thanks to the resources of descendants of Uriah Schatz and the Jaunjelgava Municipal Council, a memorial was created at the Jewish cemetery, its memorial plaque states in Hebrew, English and Latvian: “More than 500 Jews of Jaunjelgava killed on August 7, 1941”.