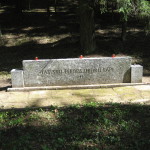 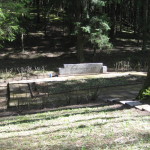 When the Nazi troops entered Cēsis at the beginning of July 1941, restrictions were imposed upon Jews – many Jews of Cēsis district were arrested and imprisoned in the local prison of Cēsis, from where they were taken to do forced labour, but other Jews were ordered to wear the yellow star. Mass murder of Jews took place at the beginning of August 1941, when the local self–defenders took them to the Ninieris Lake and shot them (approximately 200 Jews in total).

In 1970 on the site of murder at the Ninieris Lake a memorial plaque with an inscription in Latvian “Graves of the Victims of Fascist Terror. 1941” was placed.