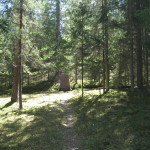 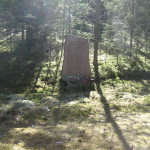 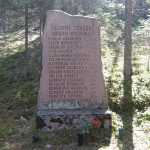 Clear information about the course of the Holocaust in Līgatne Parish is not available. Most probably the Jews of Līgatne were killed in a forest, in “Strautiņi” part of Raiskums Forestry on 17 August 1941.

After the war on the site of murder a monument in red granite (stone–mason A. Sproģis) was erected, it bears an inscription in Latvian “To Commemorate Victims of Fascistic Terror”, 15 non–Jewish names and the phrase “unknown comrades”, which, most probably, designates Jews of Līgatne.