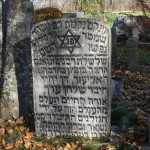 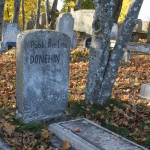 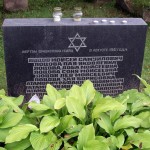 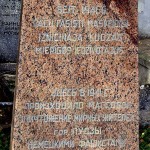 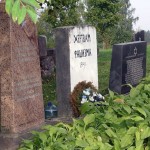 The Nazi troops entered Ludza on 3 July 1941, and already on the following days arrests of Lithuanian and Latvian Jewish refugees and “Soviet activists” began. On 15 July 25 persons among them were shot on the outskirts of the town, in the vicinity of a brick factory. In mid–July all Jews of Ludza had to move to a ghetto that was set up in the town; in total 800–900 persons were placed there, but at the end of July 35 of them were recognised as being incapable for work and were shot at the end of Rēzekne Street, and 10 more Jews were shot at “Lauderi” farm. A mass murder of Jews took place in mid–August, when approximately 800 Jews of Ludza were taken to the Cirma Lake (approximately 7 km from Ludza) and shot.

After the war, at the beginning of the 1950s, 35 Jews from the ghetto, who had been shot at the end of Rīga Street, were reinterred in the Ludza Jewish Cemetery, and a monument with an inscription in Russian “To the Victims of Fascism 1941” was erected. In the 1960s one more monument was erected – a stele in red granite with a five–pointed star and an inscription in Latvian and in Russian “Here in 1941 German fascists exterminated on mass–scale the civilians of Ludza”. In the 1990s the relatives of deceased Jews of Ludza erected a third monument – a black granite stone with the Star of David and names of 12 persons, as well as an inscription in Russian “Victims of Fascist Murderers in August 1941”. When after the war victims were reinterred, a separate monument was erected also to Rabbi Bencion Dohnin, who was among the 35 murdered Jews.