Daugavpils, Mežciems, Monument to the Victims of Action of 8–9 November 1941 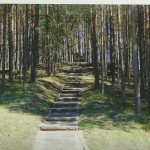 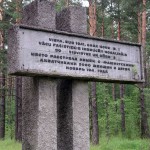 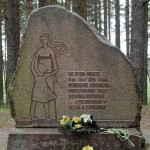 On 8–9 November 1941, as the result of regular selection in the ghetto, 1134 Jews, children among them, were sent to Mežciems and shot.

In 1967, on the site of mass murder, close to the Mežciems Station a memorial obelisk was erected. In 1974 a memorial stone was placed, its inscription in Russian sates: “In this place on 8–9.11 1941 German fascists shot 2000 civilians – children and adults”.