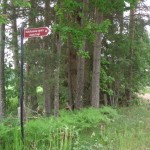 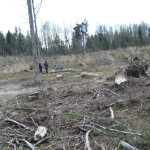 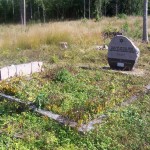 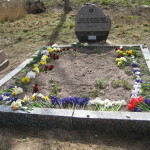 When the Nazis occupied Kandava in July 1941, imposing restrictions on the Jews began – orders to do hard manual labour, to wear the yellow star, etc. Jews were driven out of the town to its outskirts – the vicinity of the farm “Dimžas”. Mass scale murder action took place in August, when all Jews were rounded up in the Kandava Synagogue, from which they were taken to the Elki Forest (approximately 6 km from Kandava) and shot (approximately 68 Jews in total).

During the Soviet period a monument was erected on the site of murder in the Elki Forest – three blocks of stone with an inscription “568 Victims of Fascism. 1941”, but in 2005, when the forest was cleared, the monument was damaged. In 2007 the Council of Jewish Communities of Latvia with the financial support of the European Union and the State of Latvia erected a new monument on the site of murder, it bears an inscription “In this forest in July 1941 Nazis and their supporters murdered Jews of Kandava”.